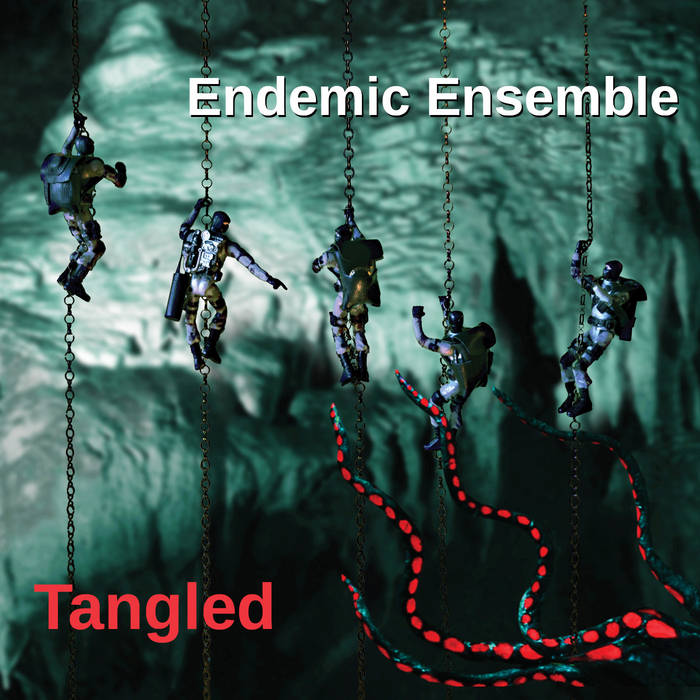 "Tangled" is the Endemic Ensemble's second full-length album. It is fifty-eight minutes long featuring nine songs of original music in styles ranging from post-bop to soul-jazz to bossa nova. The Endemic Ensemble's composers, Steve Messick, David Franklin (piano), and Matso Limtiaco (baritone saxophone and bass clarinet), each wrote three of the nine songs on the album, and they are joined by Travis Ranney (tenor and soprano saxophones) and Christian Krehbiel (drums).

Led by bassist Steve Messick, the Endemic Ensemble is a collaborative, modern jazz quintet based in Seattle. The music, composed by Messick and his colleagues, focuses on accessible melodies over hard-bop changes with inspiration from twentieth century classical music and horn backgrounds reminiscent of Joe Henderson and Art Blakey. ... more

Bandcamp Daily  your guide to the world of Bandcamp

Interviews With Butcher Brown and Slauson Malone, plus LP of the week by SAULT.